The Joliet Iron and Steel Works has been on my list for a while. I’ve always heard that it’s an interesting site / hike with some “ruins” to explore. Conveniently it’s along the I+M Bike Path, so we could actually ride there from Lemont, depending on your cycling ability. For our visit we drove to the locations. The ruins are a short walk from the parking lot. When I reference “we”, I’m referring to myself and my two sons, 8 and 10.
Being a historical site, I prepared some photos of what the mill looked like when it was producing steel.
I’ll start with that we were extremely careful in our exploration — I recommend following all signs indicating which areas are off limits.
The first thing we saw was what we guessed was a railroad ramp for dumping raw ore into plant. From there we picked up the interpretive trail, which I think is a great way to learn about the site. Next it became really interesting the farther east we went. There were more and more remnants to see. It’s incredible to think of how difficult the work was. The fatality rate was staggering as there was very little safety equipment.
While we were hiking, we also realized there was a geocache close by, “Jail Bird“.  The cache is within view of the old Joliet State Prison, which was made from steel produced at the Iron Works. It’s a straight forward cache, so I’d suggest trying to find it.
We had a great time talking about how iron was made in the difficulty in making iron. After our visit the boys decided to make their own model of the site out of cut paper. We also enjoy railroads and we were reading about the 1870’s railroad expansion across the US, which used a lot of steel from Joliet! I highly recommend checking out this site.
I’m really looking forward to us riding our bikes from Lemont to the site !! 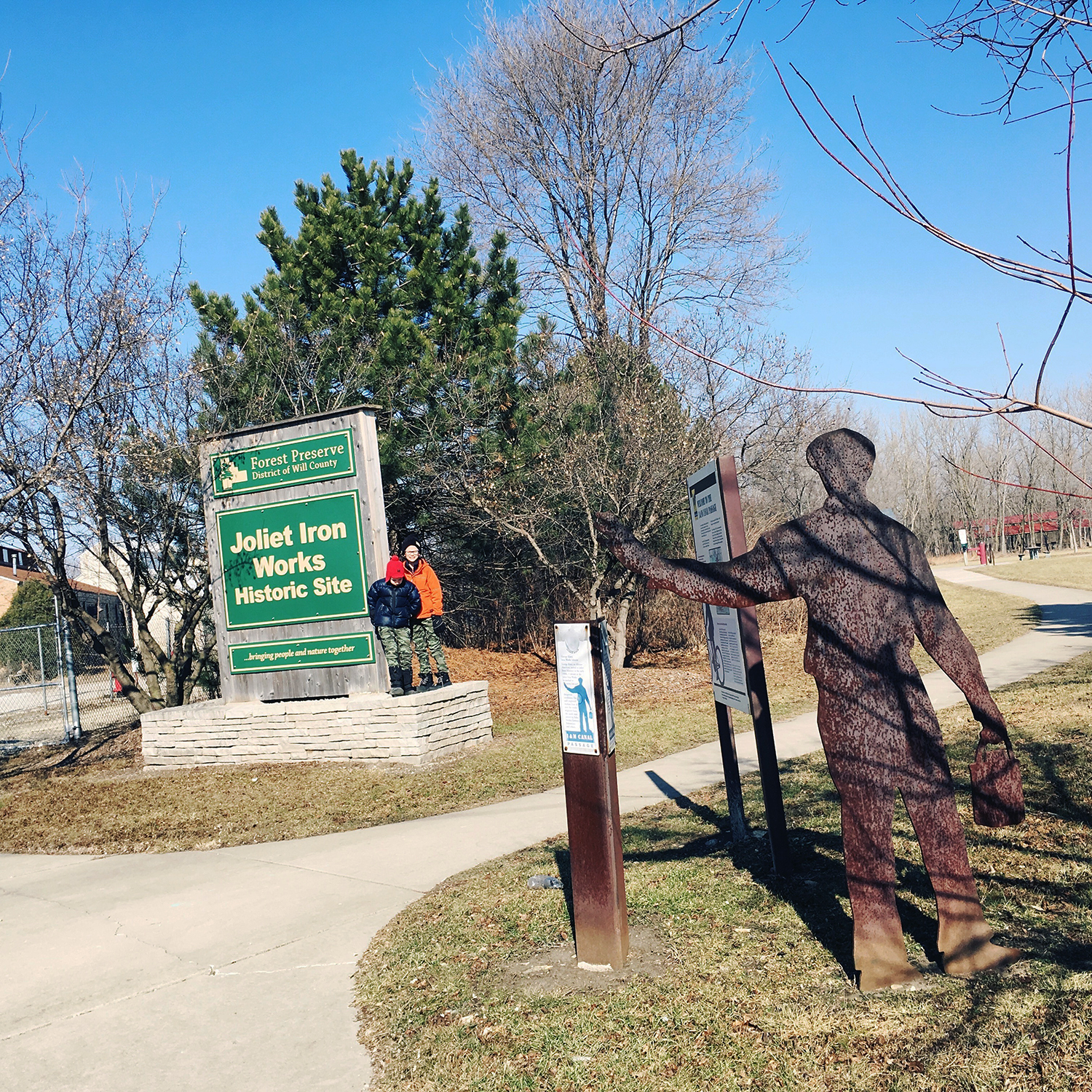 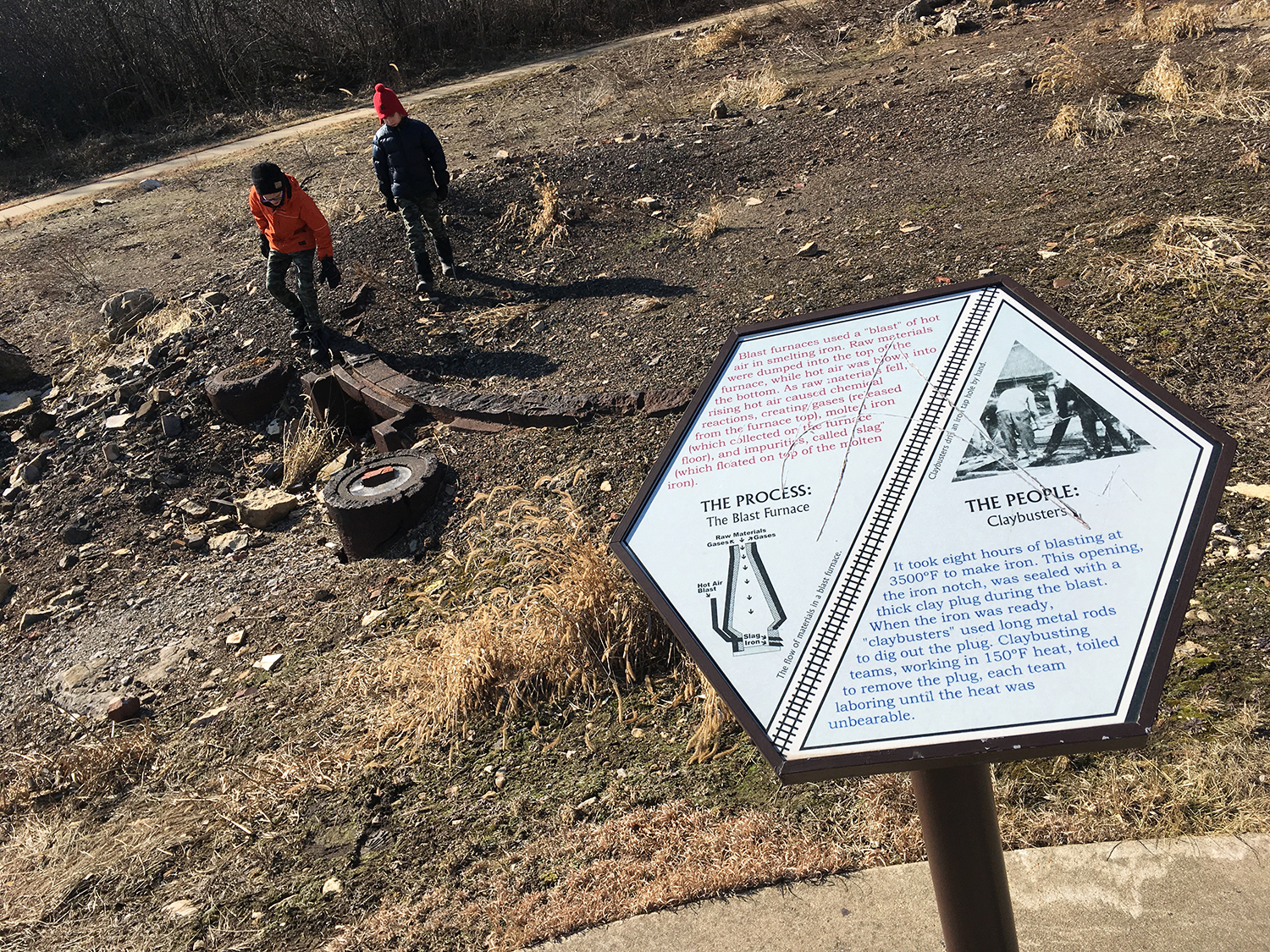