Sometimes It’s Better to Ride on a Cloudy Day

Today it was chilly and grey, but it’s my scheduled ride night and I really needed to get some miles in to prepare for my Tour de Farms MS150 ride. I’m so behind in my training, that I don’t really care what the weather is like. I also had a late start to get to the trail head, I parked at off of 135th Street on the western end of the Veteran’s Bike Path. It’s a nice lot but small. Additional parking is available at Isle le Cache Museum Lot, but you better be the sunset or your car will be locked in the lot.

I started heading west with a bit of a tail wind. The first thing I noticed on the bike is the fragrance of Honeysuckle, one of my favorite smells on the bike. That smell means it’s cycling season. Normally there’s a little bit of honeysuckle, but today it was everywhere ! Next I noticed the typical birds, Red Winged Blackbirds and Robins. Then a flash of yellow of a Yellow Warbler… not even half a mile later the flash of blue… one Indigo Bunting, then another, and another, and another… By the end of the ride I lost count.

After getting past Lemont Road, I connected onto the Centennial Bike Path. I didn’t really see anymore honeysuckle or buntings, but I notice something crawling/walking on the side of the trail. I thought it was brown, but it turned out to be black and white. Lock up the brakes, it’s a skunk ! I waited and he or she finally ducked in the brush. Not even 5 minutes later I run into Bambi on the side of the trail. It was so great to see so much wildlife. I definitely see many more animals and birds on the Centennial / Veterans versus the CalSag.

I think today it was amplified because there was almost no one on the bike besides me and wild kingdom. Lesson learned, go out when the weather is keeping everyone else away.

Please feel free to message me any questions on the route or riding around Lemont. 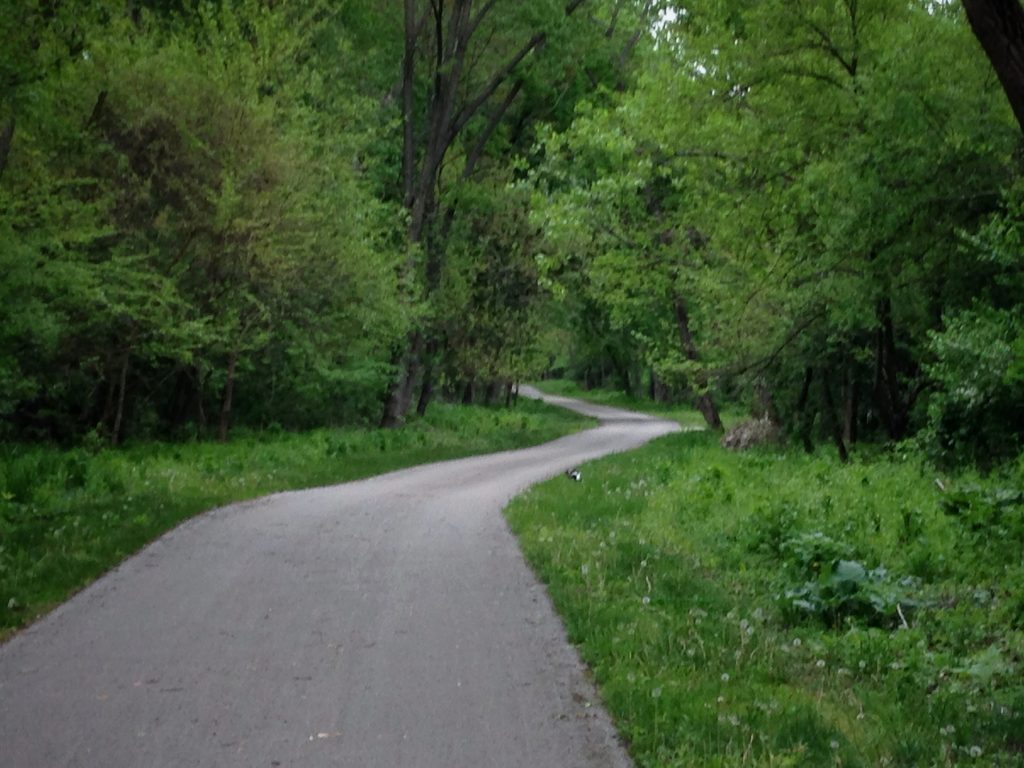 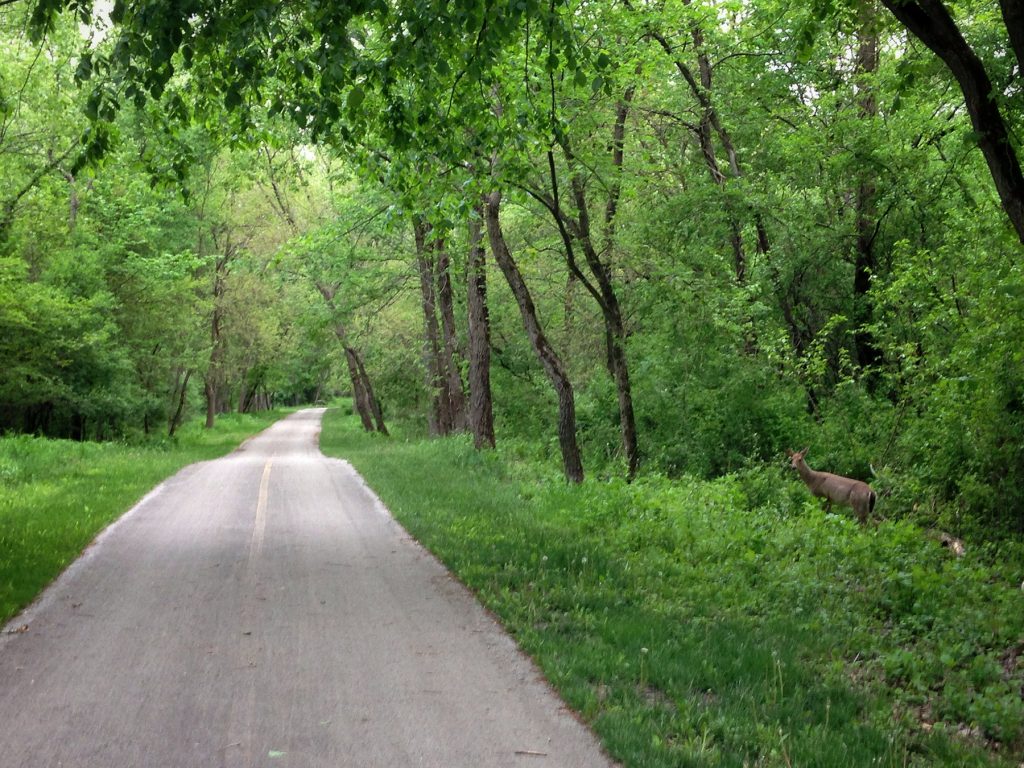